The Nuclear Dream is a comprehensive photographic documentation of German nuclear history. In eight years, Bernhard Ludewig visited 60 locations in seven countries, some of them several times. The result is an illustrated book as well as this website, where the pictures are made available to the general public.

Currently, just the photographs also shown in the illustrated book can be seen here. In the course of time, a small gallery will be created for each place visited, on which further pictures will be shown. Further locations might possibly also be added.

The pictures were taken out of historical and artistic interest and at my own expense. They are not intended for media or commercial use.

In my childhood and youth, new technological visions were everywhere. The Space Shuttle flew Spacelab missions, Concorde raced across the Atlantic. Rocket launches were broadcast at prime time, while models of the International Space Station were unveiled to the public. In Germany, a magnetic levitation (or maglev) train broke world speed records on the test track, and nuclear power plants – controversial yet also iconic – were built. Our postage stamps featured not former presidents but examples of technology – from helicopters to radio telescopes. Yet little of all this has remained. The Space Shuttle and Concorde are now museum pieces, and maglev trains failed to gain traction. The only technological icons we have today are mobile phones.

Of all these visions, nuclear power has had the greatest consequences for society, and for many years I longed to create a comprehensive photographic record of nuclear plants before they disappeared. After years of hesitation, I finally visited my first power station in 2012. In the following six years, bonds of trust developed and grew stronger with each new visit. As a result, I was able to take images of places that are often inaccessible to outsiders. I was allowed to enter gigantic cooling towers, visit control rooms that looked like old James Bond film sets, and drive over reactor cores in loading machines or crane gondolas. Closely supervised, I was able to walk between uranium centrifuges, and pick up uranium pellets at a fuel production site. I performed an emergency shutdown at a training reactor. I was allowed to watch fuel reprocessing through glass more than a metre thick in La Hague, visit the construction site of a nuclear power station in Brazil, and observe the setting of explosive charges at the construction site of a repository for highly radioactive waste in Onkalo, Finland. I was allowed to enter the Chernobyl sarcophagus and, last but not least, to photograph the opening of a commercial reactor.

Visiting some places often took multiple attempts, sometimes requiring several years of discussion and overcoming numerous bureaucratic hurdles. Often, however, I encountered a great deal of openness. I was vetted for nuclear access, which I was granted despite having spent time in many troubled parts of the world on behalf of the Goethe Institute, and got to know nuclear safety procedures in eight countries. In the end, I even became my own radiation protection officer.

I gained insights into a hidden (and in Germany disappearing) world, whose chambers and technical apparatus often have the air of the sacred – fitting for a utopia of unlimited energy, whose blue glow cast its spell over a generation and which gave its name to a whole new era – the Atomic Age. But nuclear technology, once politically championed, is now politically shunned, and its fate is sealed. The buildings are slowly but surely disappearing. Documents and plans have ended up in recycling bins. Companies, research institutions and other organisations have erased all radioactive traces from their names and histories. Ultimately, little more than green fields will remain, plus a few nuclear waste warehouses built to withstand the impact of a plane crash.

This aim of this project is to document a part of nuclear history. It shows the construction, operation and demolition of the various types of power station designed or built in Germany, looks at nuclear research centres and how they developed, and traces the story of uranium. The project resulted both in this website and an illustrated book. The goal of this website is to make the photographic material accessible to a broad audience. The book, written together with Dirk Eidemüller, also features many of the pictures, but has a more comprehensive approach: It begins with an historical essay that sets the scene for the images, followed by a short primer on nuclear physics. Explanatory text and my personal impressions accompany the respective topics in the subsequent photo-chapters. The book closes with an architectural exposition supplemented by construction plans.

Our intention is to make this bygone utopia comprehensible, in both its bright and darker aspects. In the book, we describes the optimistic expectations of the industry, without omitting criticism of its more problematic sides. The project takes no stance either way in the long-debated nuclear controversy; its sole intention is to make the many aspects of its subject matter tangible, and to show what makes nuclear energy unique.

The project is privately financed by me, not-for-profit and has no political agenda. I neither want to promote nor demonise nuclear power. The project is about documenting what will soon be history. I funded my travels and the two years of working time that the project took, as well as a major part of the production costs of the book. Visits to the plants need to be supervised. I did not pay for this, and now and then, I have been invited to a canteen meal. In return, I gave the owners pictures to use. Any revenue from my book sales (by crowdfunding or via this website) is used to cover a part of my share of the book printing costs. 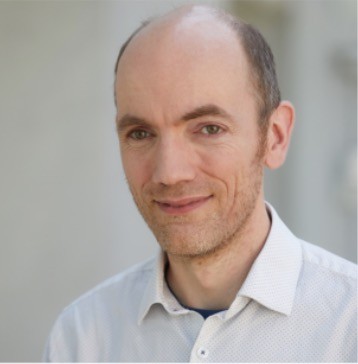 Bernhard Ludewig is a biochemist by training and has been working as a photographer from Berlin for twelve years. He is particularly interested in documenting technical utopias, an interest which was sparked by his photographic portrait of the Moscow metro.